About the Malvern, Iowa Church 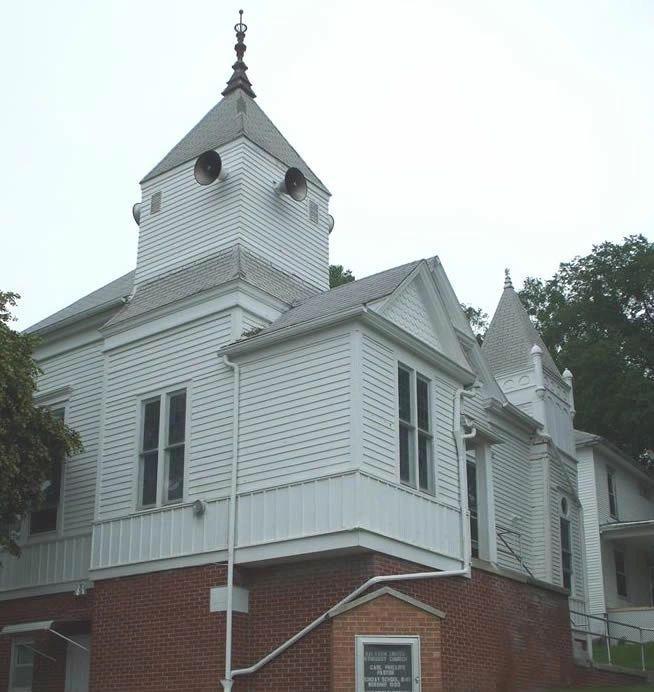 YOU'RE INVITED TO JOIN US!

Glory to God by helping others to know, love and follow Jesus.

"The Chimes" Newsletter of the Malvern Church

The pioneer settlement of Malvern (then called Milton) began in 1869. Soon after that, the first church service on April 10, 1870 was held in a local hotel called the Malvern House. Rev. E.A. Plumb from the Mt. Olive Circuit preached the first sermon in the town. By 1872 the congregation raised enough money to build a wood-framed church at 507 Second Avenue. Pastor J.P. Evans was the first pastor serving the Methodist Episcopal Church in Malvern.

After nearly 21 years the building was in need of many repairs and the congregation chose to build a much larger sanctuary at 5th and Prospect. The cornerstone for the building was laid on August 1, 1893. The building is still in use today.

The name of the church has changed a few times over the years due to mergers with other denominations and church groups. The name today is the United Methodist Church. In 1969 the First Presbyterian Church, one block to the south, had dwindling attendance and was joined with the Methodist congregation.

Over 50 pastors have served the Methodist congregation in Malvern. The current minister for the church is Pastor Joni Hickey. She and her husband, Randy, live in the rural Thurman area. The church is part of a three church charge that includes the Strahan and Wesley Chapel United Methodist Churches.